Agnipath scheme in the Indian Armed forces is a scheme wherein defence aspirants will be enrolled for a period of four years of services. After completing this period, Agniveers will be offered an occasion to apply for different permanent posts. Of these, over to 25 of Agniveers will be named to be enrolled in the Armed Forces on a regular posts. Rest will go to the society as self improved and professional trained officer for employment in other sectors to pursue their career in job of their choice. To join through agniveer you have to qualify the exam for which you can join Gurukul Career Group best Agniveer coaching in Chandigarh. 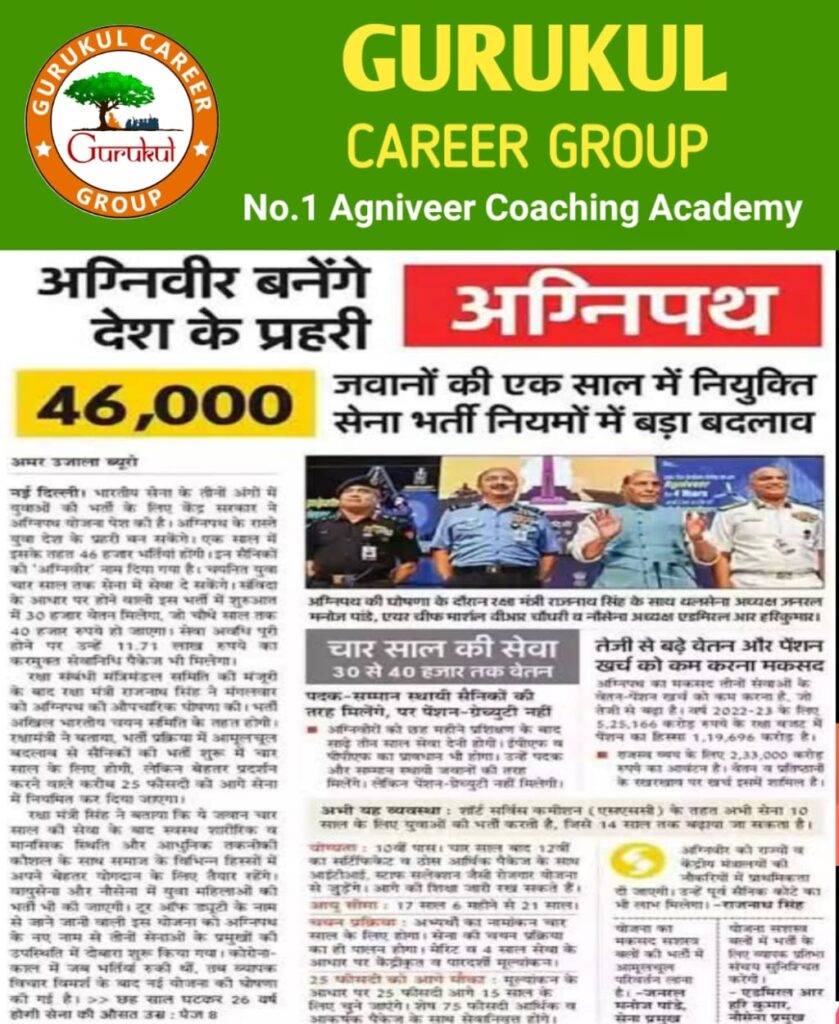 The scheme provides an occasion to Indian youth, having dream of serving the country, to get signed in the Armed Forces for a short duration. Agniveer airforce coaching in Chandigarh. It is one of the best opportunity for the youth of India to get a chance to serve their motherland and experience the adventurous life of armed forces as a soldier and with your dedication you can also get the chance to serve as permanent cadre after successful completion of 4 yrs. Best Agniveer Airforce Coaching Center. 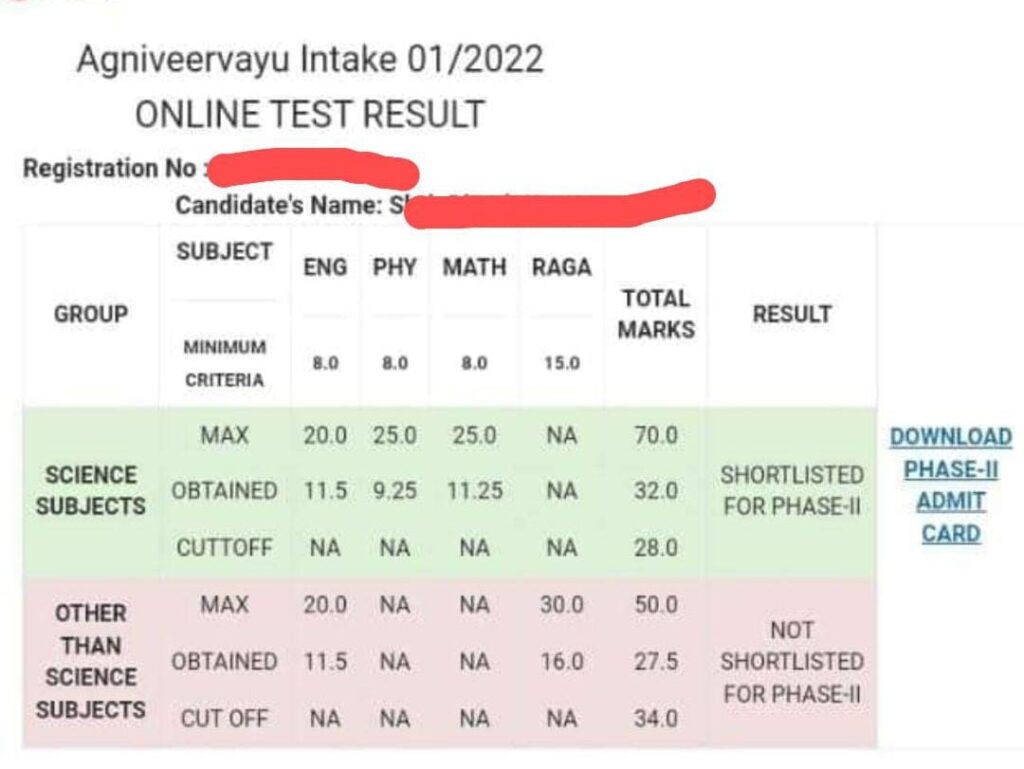 All about Agniveer scheme

What’s Agniveer Scheme :  Indian armed forces has started the scheme for indian youth through that they can join indian forces like navy, airforce and army. The name of this scheme is agnipath and cadets recruited under this scheme known as agniveer. Under this scheme more also 46000 posts. Qualification for this post will be 10th, 12th and ITI. Agniveers will be given an yearly package along with allowances as applicable in the three services. On completion of the period of four years, Agniveers will be paid one time ‘ Seva Nidhi ’ package. Agniveer navy coaching in Chandigarh.

During this period of service to the nation, the Agniveers will be trained as a soldier in their respective department and experience, discipline, physical fitness, leadership qualities, courage and nationalism. Post this four years, the Agniveers will be induced into the civil society where they can contribute immensely towards the nation building. The experience gained by each Agniveer will be recognised in a instrument to form part of his unique capsule.
Agniveers, on completion of the four year will be mature and toned after getting training from experienced top armed force officer. Agniveer coaching institute in Chandigarh.

Age limit for Agniveer :  The candidates who wants to join the Indian Armed forces as an Agniveer should be between 17½ years and 23 years.

Candidates must have passed 10th, 12th or IIT depends on different posts in navy , airforce and army.