NDA Coaching in Chandigarh – Gurukul Career Group, Sector 34 Chandigarh provides NDA Coaching Center in Chandigarh within the city. All across the State, the Institute is acknowledged for its great Coaching pattern that has helped many NDA aspirants to pursue their dream career. Having the ability to serve our Motherland is perhaps the foremost honored and respectful thing one can do. If you have a Dream to serve the country then the path to go through is NDA Coaching Institute in Chandigarh with which you can take a first step to Join our Armed forces as Junior Commissioned Officer. Best NDA Coaching in Chandigarh gives an opportunity to Join defence forces like Navy, Army and Airforce. We are 100% assured for your success and guarantee scheme in which we have refund Policy makes us difference from others and represents our commitment of your success. 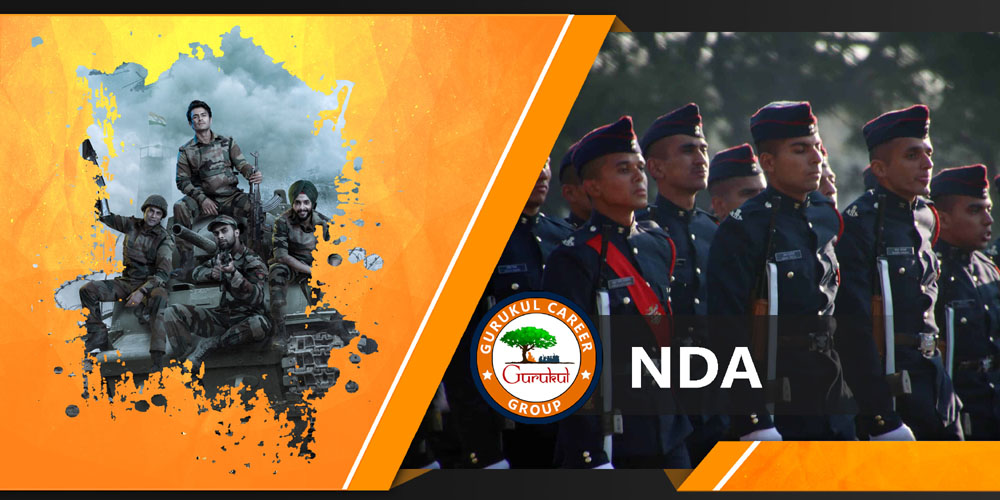 If NDA is your destination then you are on right place. NDA is a goal set by number of aspirants but many of them did not achieve it because of lack of guidance and their false steps but don’t worry expertise of Gurukul Career Group is ready to walk with you every step of the way. we are here to help you to Crack NDA in First Attempt with smart work not hard work. Gurukul Career Group provides you guidance of experienced Faculty members and updated study material. Our strong determination and our hard work helped number of aspirants to serve the nation as a officer after getting NDA Coaching in Chandigarh from Gurukul Career Group. 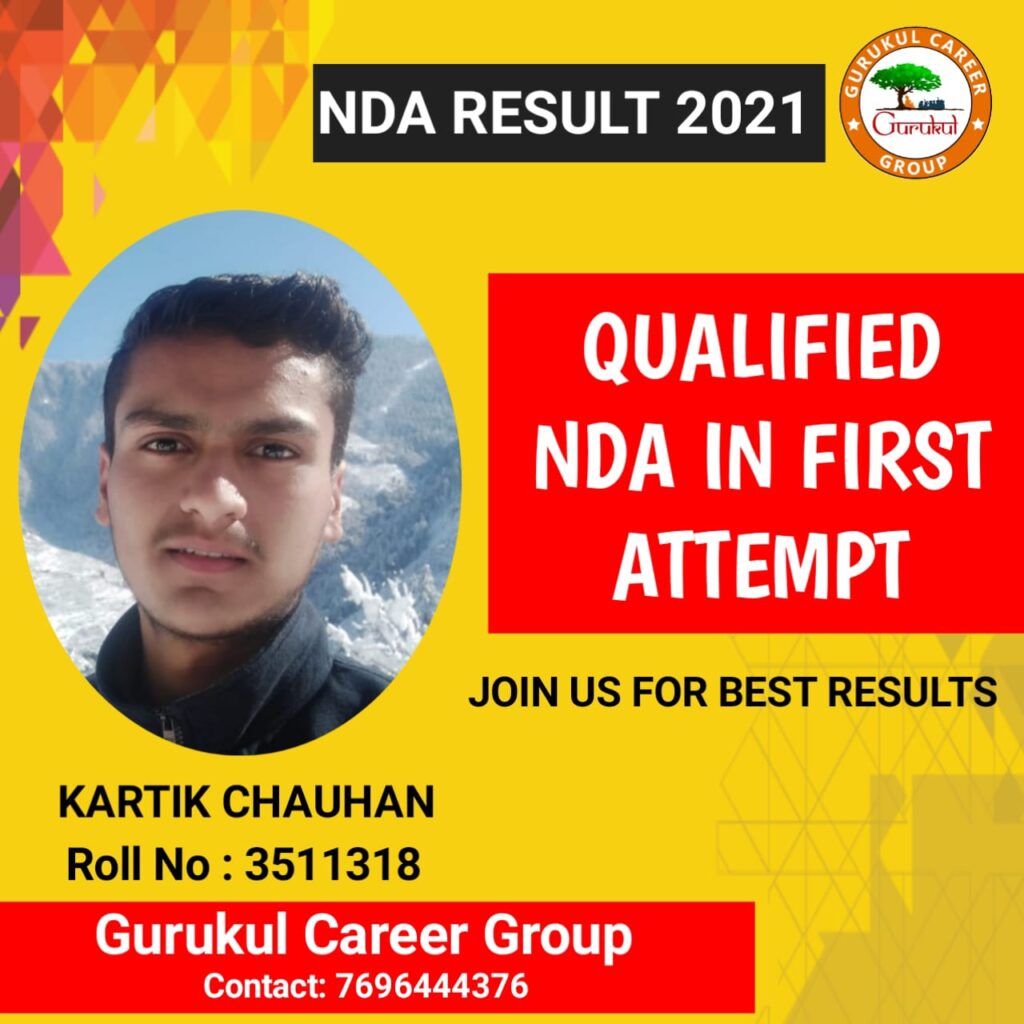 About Us NDA Written Exam 2021

The NDA exam is conducted by UPSC for admission to the military , Navy and Air Force wings of the NDA. This exam may be a gateway for candidates looking forward to joining Defence Forces including Army, Navy and Air Force. this is often a national level exam conducted twice a year: NDA I and NDA II to assist candidates make a career in Defence services. National Defence Academy & Academy (NDA & NA) Examination are going to be a two-step process where candidates first got to take the exam then qualify the test or interview conducted by the Service Selection Board (SSB). The UPSC is solely liable for issuing guidelines for selection and therefore the final conduct of the doorway examination and key to the door of Success of NDA (National Defence Academy) exam can be achieve with highly qualified faculty of Gurukul Career Group which is No.1 NDA Coaching in Chandigarh. 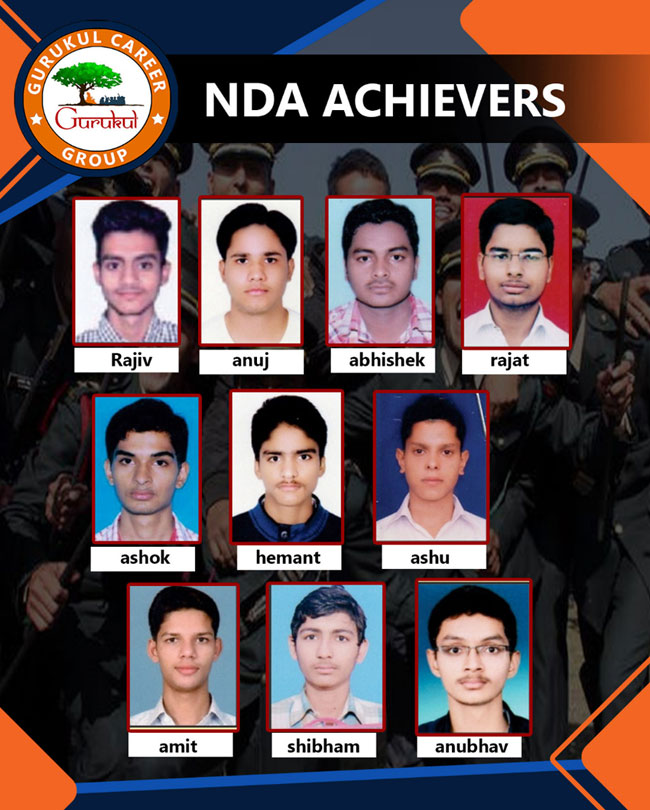 The best thanks to join the soldiers at the earliest is thru cracking the NDA exam. this manner the aspirants can join any of the three soldiers of the Country- the military , The navy and therefore the Air Forces.

However, to crack The NDA Exam is not any piece of cake. Like we’ve talked above, the amount of aspirants has increased tremendously which has made it difficult to crack the NDA Exam. 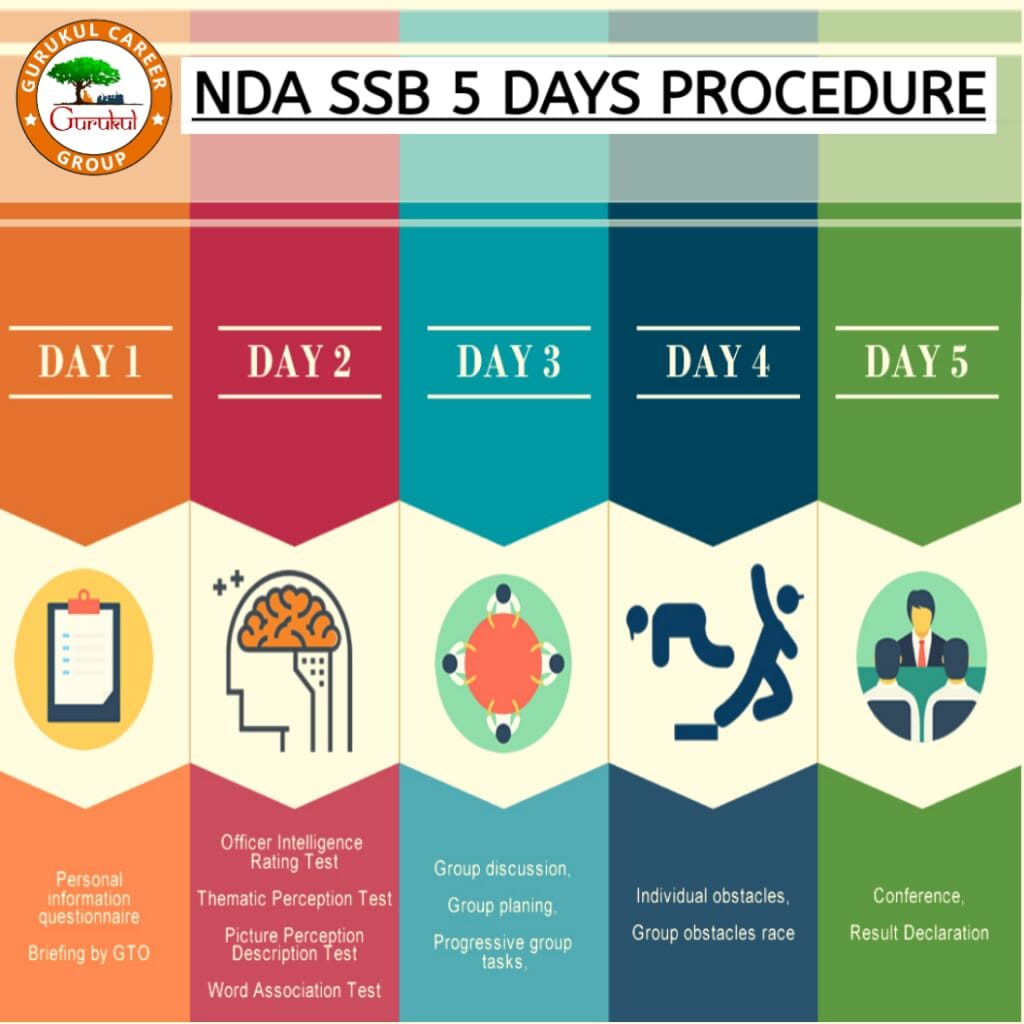 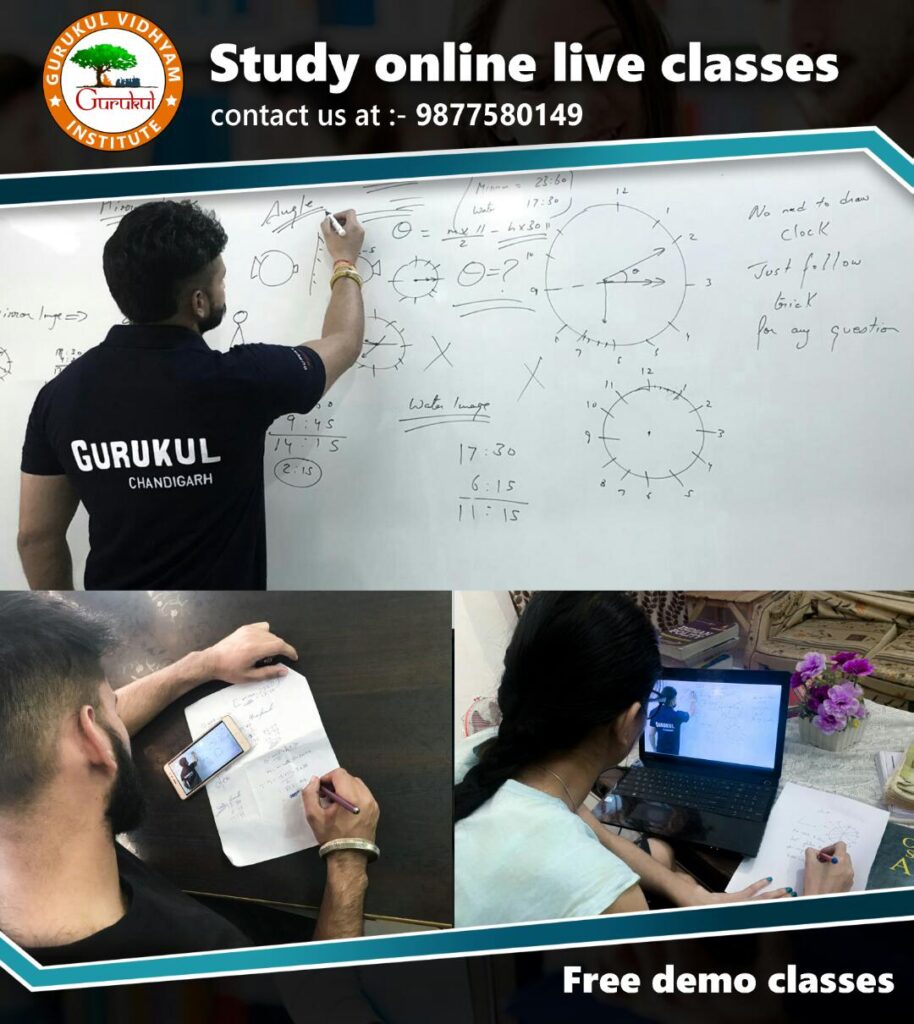 Candidates got to fulfill the subsequent eligibility criteria so as to be eligible for the exam.

Army Wing of National Defence Academy Passed class 12/HSC or equivalent from a recognized board or university. 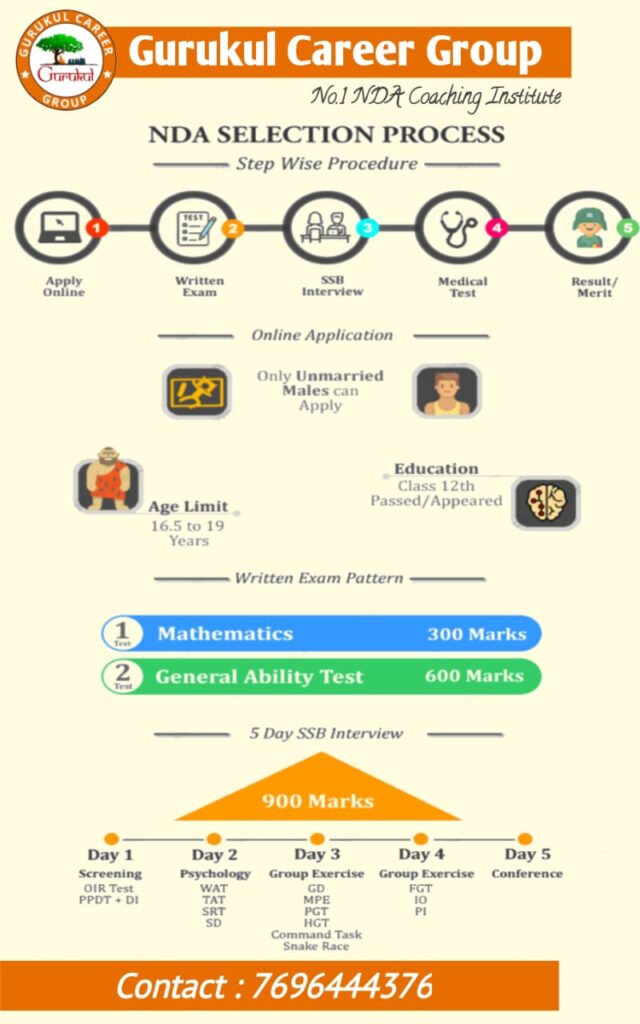 The exam are going to be conducted in two shifts: morning and afternoon across 41 cities spread throughout the country
Admit card March 2021

SSB Interview July to Sept 2021 SSB Interview is conducted for the shortlisted candidates of written exam in two stages.

Vacancies 2021 for NDA Coaching in Chandigarh

One of the most important question asked by number of aspirants is How to Crack NDA Exam or How to Prepare for NDA Written Exam. Best tip provided by Gurukul Career Group Best NDA Coaching in Chandigarh, to crack the exam is given below: